Matt Overcomes Depression and Gets Back in Shape Through Personal Training 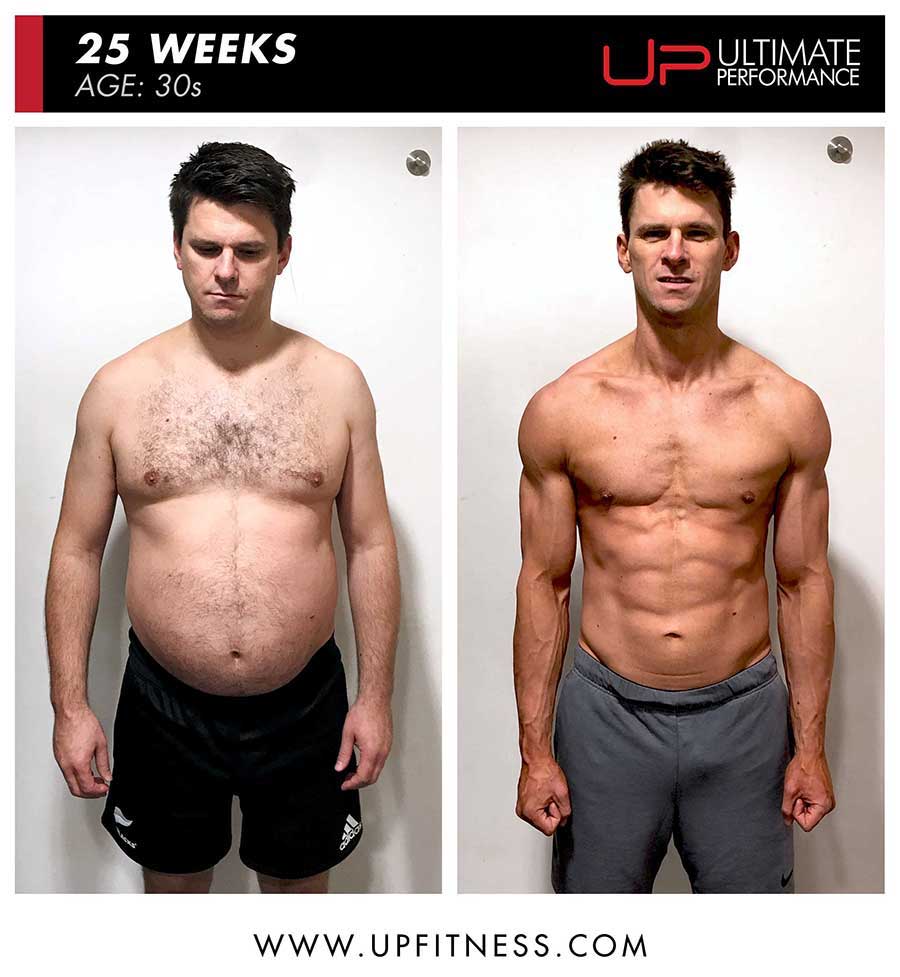 Matt’s amazing 62lbs (28kg) transformation has helped him rebuild his life to find happiness and confidence again after years of depression, drug addiction and weight gain.

London investor relations professional Matt had been struggling for nearly 20 years with his mental health. Some days he felt so low he wished he wouldn’t wake up in the morning.

Living the party lifestyle of drugs, alcohol and clubs was seriously harming his health too. But three years ago after going through addiction recovery he found himself at a desperately low ebb.

He had piled on weight and found himself at 238lbs (108kg). He was single and felt ashamed about his body, and felt helpless about turning things around.

It was a whole 18 months of feeling this way before he decided enough was enough – he took the first step to change things and came to Ultimate Performance.

Now, 25 weeks later and 38-year-old Matt is a different man. He looks great, he feels confident and he has got his spark for life back in a big way.

“It has made me feel like a better version of myself every day since I joined.

“That’s all I’ve ever wanted from my life.

“My expectations and self-worth and what I feel about myself were so low, that I didn’t think anything would be able to give me any self-belief again for as long as I can remember in my adult life.

“That’s what U.P. has done. It’s not often that I say this, but I’m proud of what we have achieved here.”

Going back to December 2015, Matt went into addiction recovery. This is when his weight gain started.

Over the next three years, his weight just kept creeping up and he felt powerless to stop it.

“I’m a recovering drug addict, and prior to going into recovery, I ate what I wanted with impunity – I ate all the unhealthy fast food I wanted, and I had a very sweet tooth.

“I wouldn’t really gain any weight though – my drug-fuelled party and clubbing lifestyle meant I would go significant periods of time without eating, plus weekend after weekend on club dance floors was a cardio workout in itself. I did no physical exercise otherwise.

“Once in recovery, I continued to eat as I always had done, but now it was seven days a week rather than four or five, and I was even less active. By early 2017, I had put on a significant amount of weight, and it continued to creep up.” 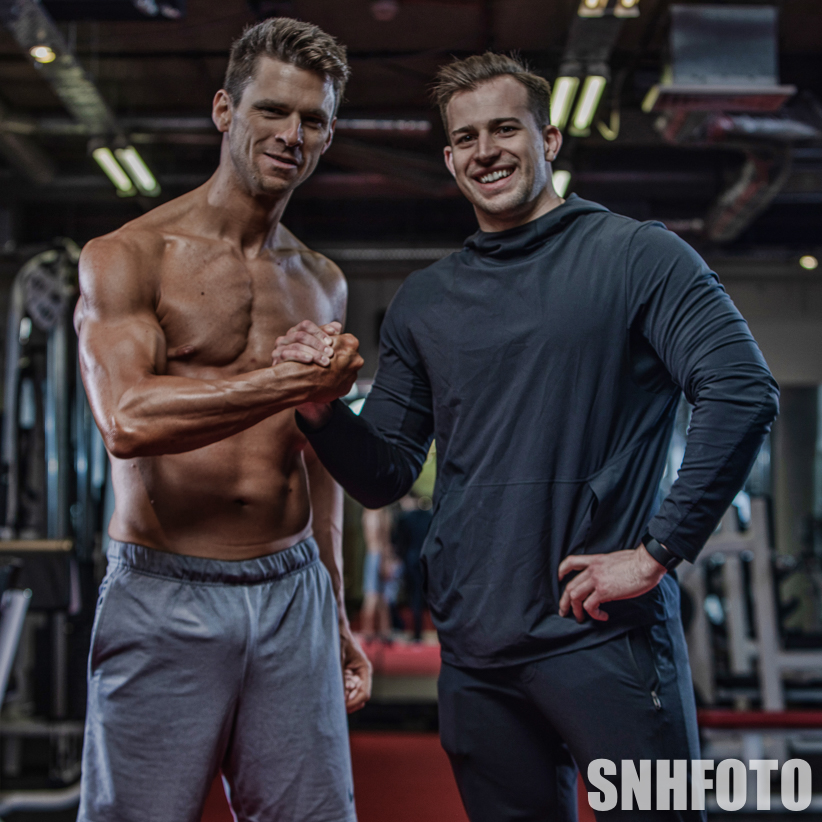 PERSONAL TRAINING WITH US AT U.P. HELPED MATT TAKE BACK CONTROL OF HIS LIFE. SIGN UP TODAY TO START YOUR OWN TRANSFORMATION.

The stinging realisation came when he was forced to step on the scales at the waterslide at Universal Orlando’s Volcano Day theme park. The number staring back at him was 238lbs (108kg).

He didn’t know how he had let himself get to this point.

“At my heaviest, I felt like I was in a hopeless state. I felt dejected and ashamed.

“I used to take some pride in how I presented myself, but now I was buying new suits and clothes every six months because they wouldn’t fit anymore.

“No more slim fit or fitted shirts, jackets or suits. I even split my trousers a couple of times – embarrassing when it happens at work – to then hearing the tailor tell you they’ve split because you’re too big for them, so there was no point fixing them.

“I was too embarrassed to buy clothes in shops anymore. My self-belief and confidence were at an all-time low.” 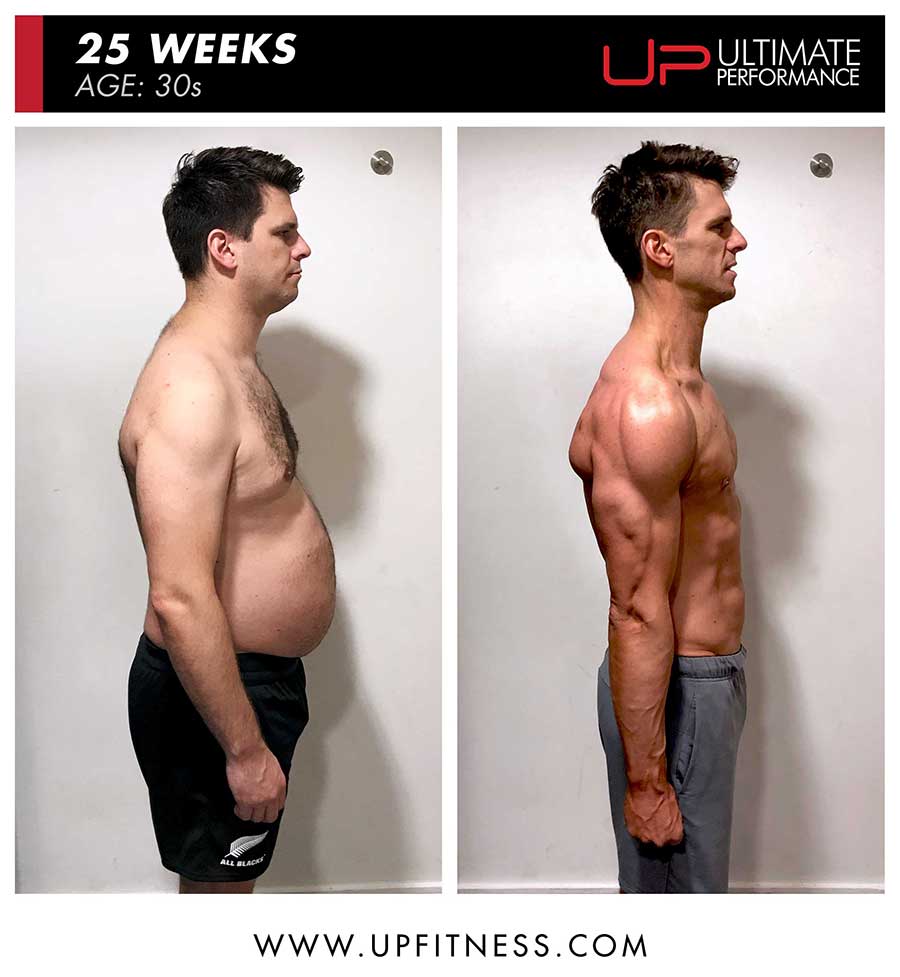 Matt describes feeling a sense of extreme self-loathing at the position he was in. But he wouldn’t truly face up to it and take action for another 18 months.

“Maybe it was fear of facing up to where I was, it was overwhelming. I was scared.

“I had been single for a couple of years and wanted to meet someone, but when I did go on dates, I just felt so uncomfortable with myself and I had no confidence.

“And eventually I realised how could I expect a girl to like me let alone be attracted to me if I didn’t even like or take care of myself?

“And even if a relationship did start, there was no way I was going to be taking any of my clothes off. I was very self-conscious about my weight and body shape, I had no confidence and I was just embarrassed. I avoided looking at myself in the mirror.”

The breaking point came when he had some photographs taken for his online dating profile. He was shocked at the image of himself.

“Seeing myself in those photos was the lowest point. I thought ‘Wow, that’s me?’ It really sunk in then, and I thought  there and then I have to do something about this.

“I knew I needed to take care of myself, look after myself, show some self-love.”

For years his doctor and psychotherapist had been telling him to start exercising, eat healthier and look after himself. But this was the catalyst for the change he needed.

Matt knew he needed professional help and by searching for expert trainers he found Ultimate Performance. 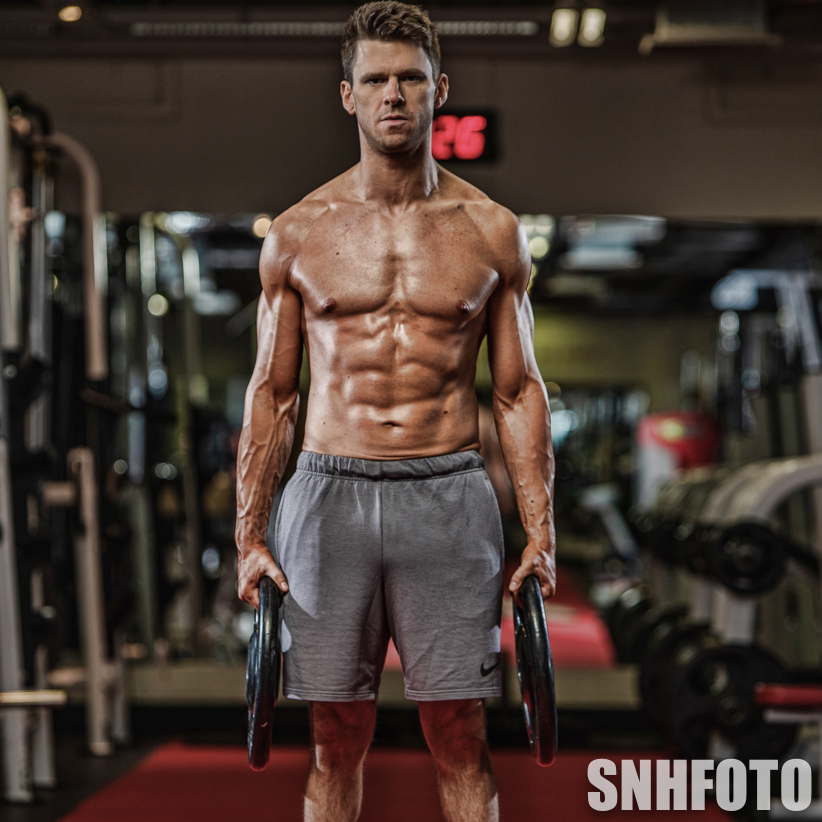 WITH HELP FROM US AT U.P., MATT TURNED HIS LIFE AROUND. GET IN TOUCH IF YOU WANT TO FIND OUT MORE.

Seeing the track record of body transformation results that U.P. had achieved with hundreds of other clients persuaded him that he might be able to achieve something modestly similar.

But Matt says at the start he thought that getting the incredibly chiselled physique he has today was a million miles away.

“I saw lots of before and after photos of transformations, which were pretty incredible, but really I just thought these were too good to be true. I was pretty sceptical it could happen for me.

“But I knew I had to do something, so I would give it a go.

“So I signed up with Ultimate Performance and had my introductory training session with my trainer, James. I gave him my background, diet and exercise history. He took some photos and body measurements and explained to me we could get me down to 187lbs (85kg) and 12% body fat in 24 weeks. I thought he was crazy.

“He showed me some transformation photos of what I could look like at that weight and body shape. He might as well have shown me a photo of a unicorn.”

But that’s exactly what James and Matt achieved together over the 24 weeks together. 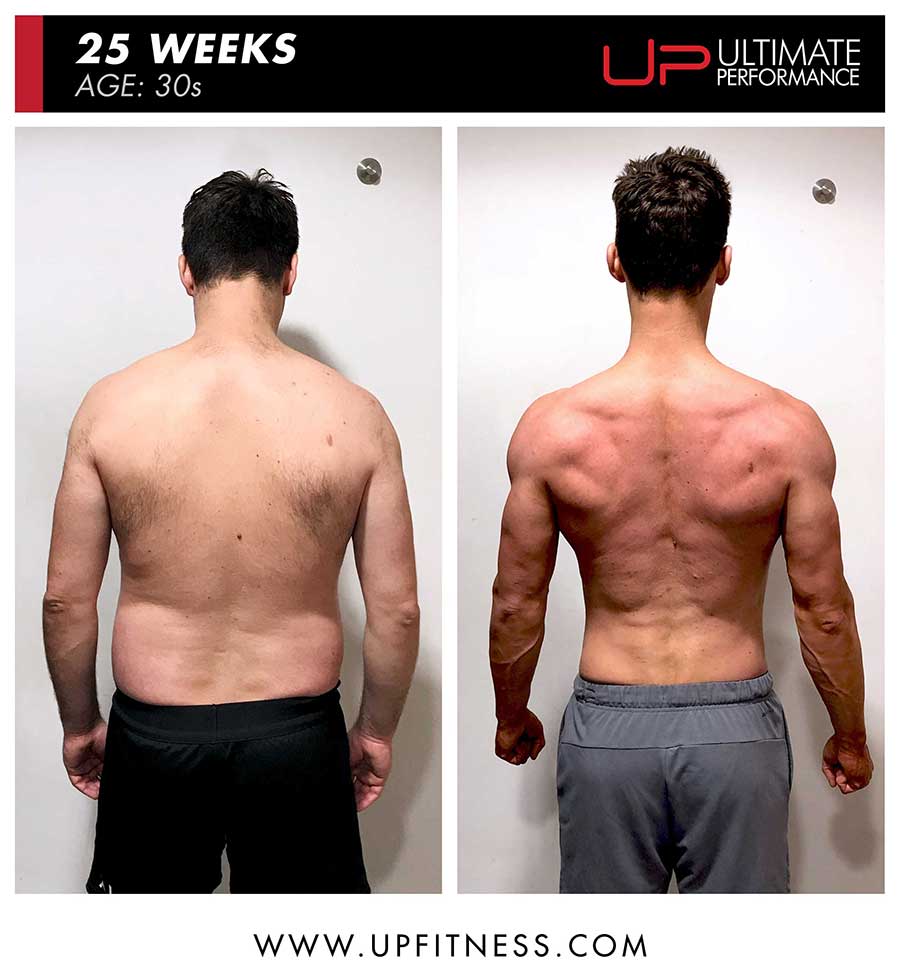 James set some simple foundations that Matt could easily implement to build up the right habits around his training, nutrition and lifestyle.

He took steps to clean up his diet, introducing more protein and cutting sugar back, he tracked his food intake, started completing 10,000 steps a day and trained with weights just 3 times a week.

Very quickly the results started coming thick and fast as everything fell into place.

“James pushed me physically beyond what I thought I was capable of, and he provided me with encouragement and support, and also when I needed to push harder!

“I stayed motivated by the progress I was quickly seeing. I was losing weight and I was generally feeling better. We set a long-term goal but then had fortnightly and weekly goals.

“When I met these goals, I felt good, like I was achieving something. My progress was also tracking in-line with how James told me it would if I stuck to the exercise and diet, and I started to believe that maybe this mythical, too good to be true transformation could actually happen for me.”

It was this belief in himself and in the process that helped him achieve his remarkable transformation.

He just followed the programme and stuck to his healthy new habits and the weight loss quickly added up to an astonishing result.

“People I saw more regularly were continuously shocked. I didn’t tell people otherwise what I was doing, I’m from New Zealand so I have a lot of friends and family in all parts of the world and can go long periods without seeing them.

“When I showed the before and after photos and professional photoshoots of me in the gym, everyone was stunned. I was stunned! If I could have seen those photos before I started and shown this is what you will look like, I would not have believed you.”

Matt is thrilled with the physical results he achieved. He could not be happier now with how his body looks.

But the transformation has had a much deeper impact on his life. 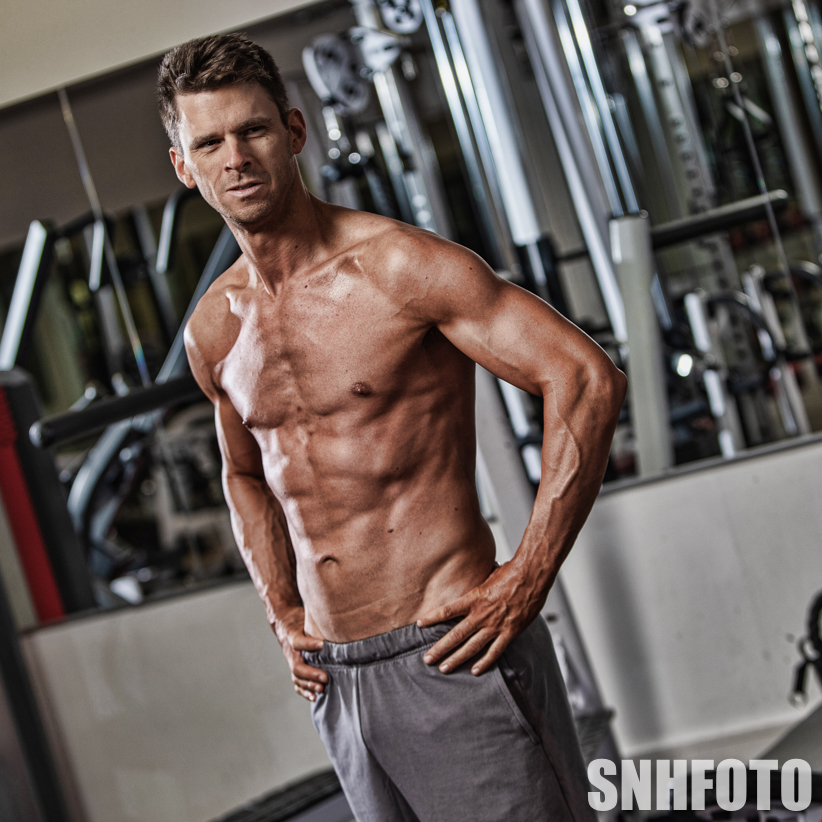 The positive side effects of achieving the transformation and what it involved, have been immeasurable, beyond what I could have possibly imagined.

“For someone that has battled depression for 20 years, to now regularly looking forward to getting up in the morning, it is a big side effect.

“Fast-forward to now, once I started seeing the results and the weight loss and the positive feeling of being in the gym and training, I would go to bed at night actually look forward to waking up and standing on the scales and seeing the progress in black and white.

“I can’t describe in words how much of a turnaround that is to feel like I’m improving and being a better version of myself every day.

“That’s because today I know I can achieve something, no matter how hard, difficult or painful it is, I know I can.

“I have some self-belief, some self-esteem. I feel comfortable in my own skin. The training and diet has given me structure and discipline, and I now have control over what I put in my body.”

Just 24 weeks earlier, Matt’s outlook was very different from the place he’s at now. His transformation has given him the foundations for a new life without limits.

“Nothing for most of us is easy, it’ll take hard work, dedication and sacrifice, but the payoff could be immeasurable. Don’t compare yourself to anyone else, just aim to be a better version of yourself every day.”

EXERCISING AND EATING RIGHT CAN GIVE YOU INNER STRENGTH AND EVEN HELP BEAT DEPRESSION – MATT IS THE LIVING PROOF OF THAT!
IF YOU’RE GOING THROUGH A SIMILAR EXPERIENCE, FILL IN THE FORM BELOW TO FIND OUT HOW WE CAN HELP YOU. 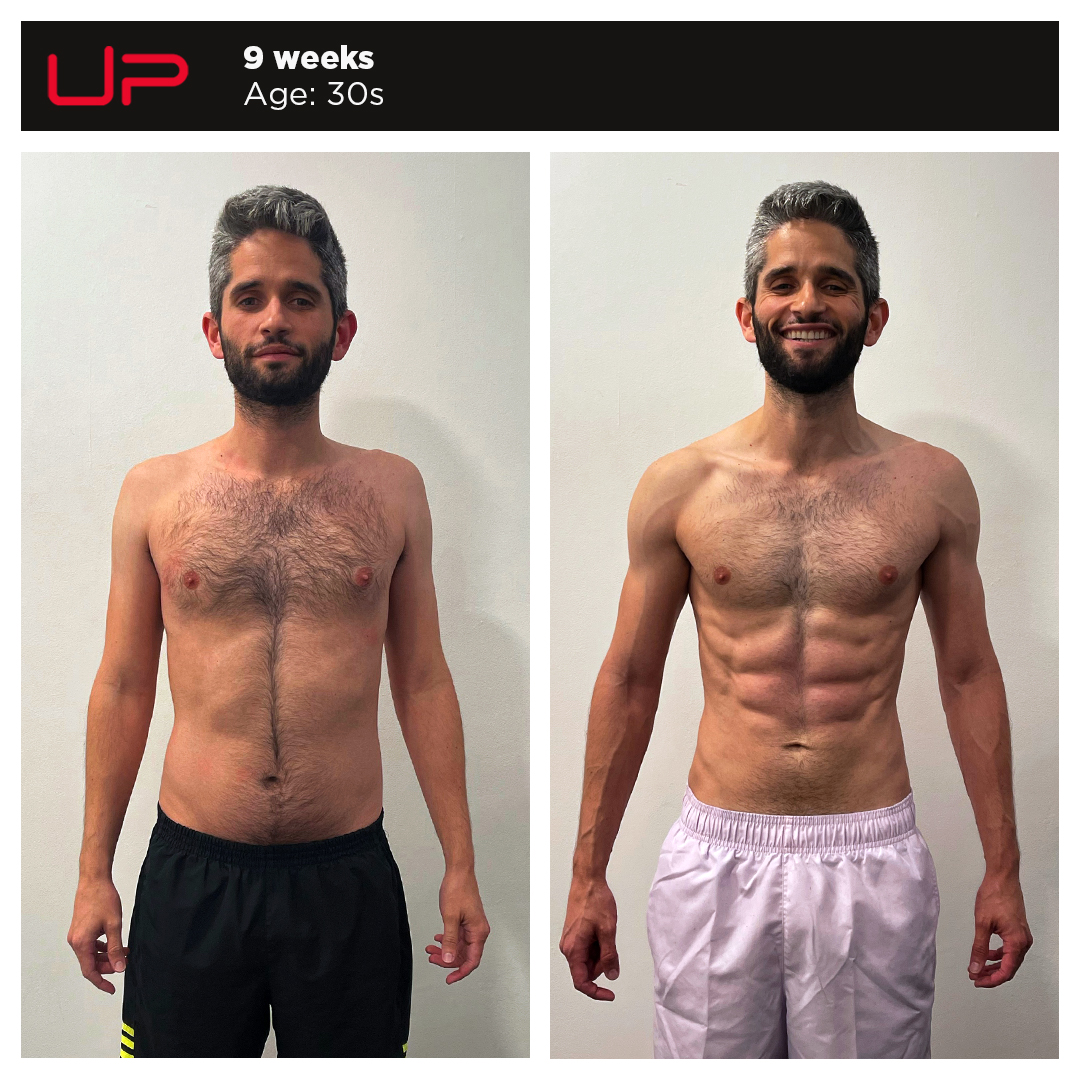 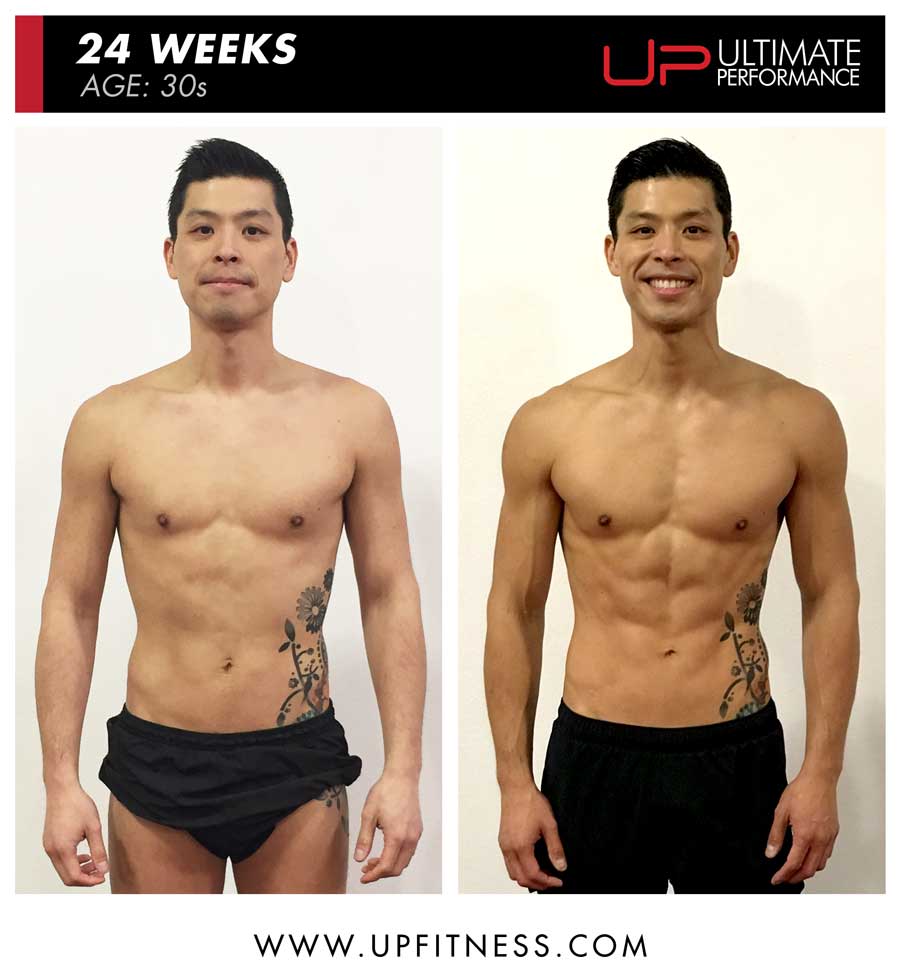 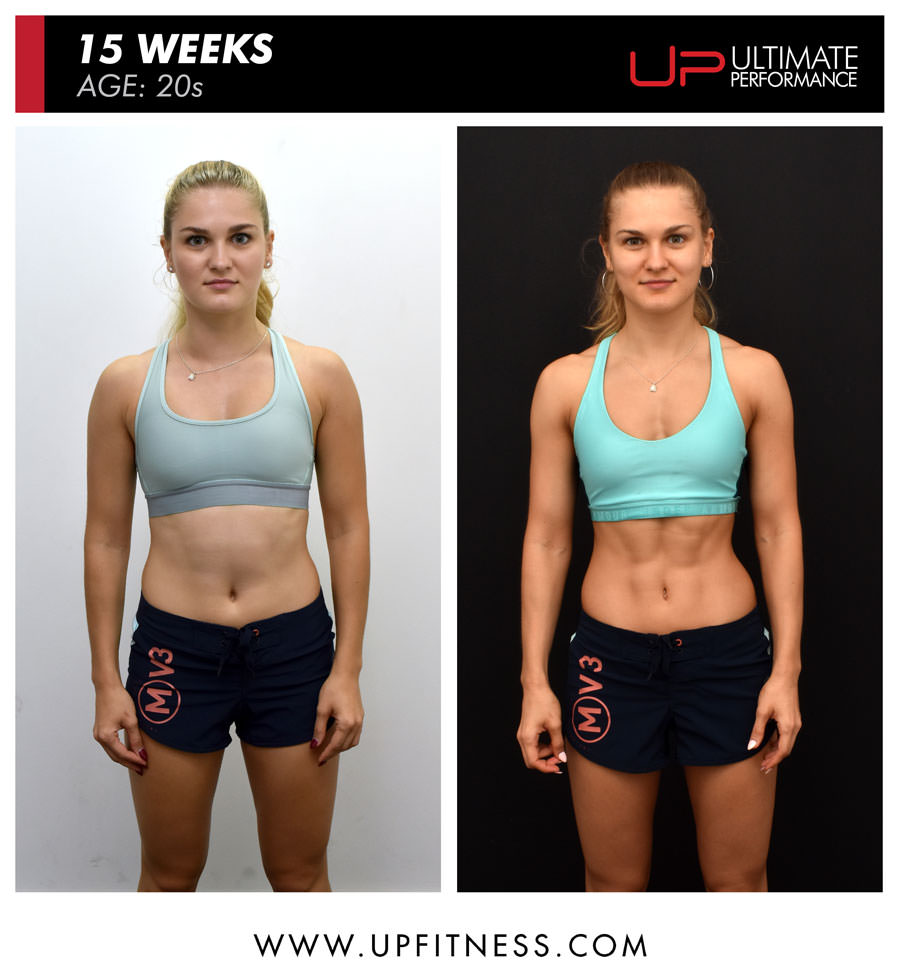